Shaban : The month of Worship 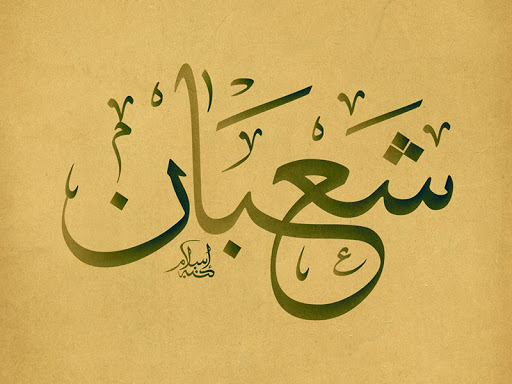 Shaban : The month of Worship

Shaban appears as the eighth month in the Islamic calendar. We can also call it the second month of worship as we make arrangements for the upcoming blessed and magnificent month of Ramadan. Shaban is the last lunar month before Ramadan so Muslims can find out the date of first Ramadan fast. Shaban is given much importance in Islam but most of the Muslims neglected the immense blessings of this month because it comes between the two blessed months, Rajab and Ramadan. Our Prophet Muhammad (PBUH) said,

Hazrat Muhmmad (PBUH) also considered Shaban as his month. According to hadith,

Importance of Fasting in Shaban

Observance of fast is given much importance in this blessed month Shaban especially on Thursday. It is narrated that heavens are nicely decorated on Thursday and Angels beg to Allah to forgive all the Muslims who fast on that day and their Dua's are accepted by Allah. Our Holy Prophet said,

"The Messenger of Allah fasted so much in some months. We even thought he did not break his fast in that month. In some months, he broke his fast so much that we would say he did not fast on any days in this month. I did not see the Messenger of Allah fast in the whole month except Ramadan. I never saw him fast in any month more than he did in Shaban".[ Bukhari, Sawm: 51]

We should recite these Tasbeeh in order to receive excessive good deeds as this is a blessed month.

Here are the few Islamic events that took place in the blissful month, Shaban.

At first, the Qiblah of Muslims was Masjid Al Aqsa but when our Holy Prophet was living in the Holy city Madina, these Quranic verses were revealed,

‘We have certainly seen the turning of your face, [O Prophet (saw)], toward the heaven, and We will surely turn you to a Qiblah with which you will be pleased. So turn your face toward al-Masjid al-Haram…’ [The Noble Qur’an, 2:144]

It was the wish of our Holy Prophet Muhammad (PBUH) that he could face the first house of Allah Almighty but as he was living in Madina it was impossible to face both Kabah and Masjid Al Aqsa. So Allah changed Qiblah for him and his Ummah in the month Shaban.

An incredible Miracle took place in Shaban, People of Makkah insisted Hazrat Muhmmad (PBUH) to show them something which is mind blowing or sensational.

Anas bin Malik (ra) narrated, ’The people of Makkah asked Allah’s Messenger (saw) to show them a miracle. So he showed them the moon split in two halves between which they saw the Hira’ mountain [the Mountain of Light]’. [Bukhari]

Allah also said in his Holy book Quran about this incident,

Shab e Barat is observed on the fourteenth and fifteenth night of Shaban and is considered to be one of the most holiest nights in Islam. It is also referred as Laylat al-Baraat. Meaning of the word Shab e Barat is The night of Fortune and Forgiveness. Allah said about this night in Quran,

“Who wants forgiveness, I will forgive you. Who wants food, I will provide food.”

It is believed that Allah kept saying this throughout the night until it was Fajr (time when Muslims offer their prayer at dawn). Arabic term Laylat al Baraat describes the quality of being guileless or deception. This is the night when Hazrat Muhammad (PBUH) entered the city of Makkah. Muslims celebrate Shab e Barat as a night of mercy and worship. It is considered as the Night of Emancipation as Allah decide the results of all the people containing whether a person lives or dies in the upcoming year. This is also known as the night of freedom as Allah freed all his sinfull people who were expected to be sent in Jahannum. Muslims usually fast the whole day before the night events. They visit their families, relatives and offer prayers together. They ask for forgiveness the whole night so that Allah may show mercy on them. There are greater number of chances of the acceptance of Dua's on this spiritual and blessed night.