Quran Tutor Live assists its student in enjoying the opportunity of learning Ten Qirat online with the best-experienced teachers. In Qur'an, the word Qirat means the method of recitation of the Holy Quran. However, conventionally, there are ten well-recognized schools of Qirat, and each has its name derived from the famous reader of the Holy Quran. Before joining the course to learn ten Qirat online, you need to understand what these are?

What are the Ten Qirats?

As the name suggests, people might confuse it with ten different voices or styles. But, ten qirats have slight differences in the letters, Harakat, and pronunciations. To learn about it clearly, we need to go back into the older days and seek Islamic history. People who lived in the times of Prophet SAW were not literate and had their own tribal dialects. Therefore, the language has differences in spelling and pronunciation. Different dialects were classified as a dialect of Quraish, a dialect of Yaman, a dialect of Hudair, and many others. All these dialects were different but had the same meaning.

Below is the list of ten Qira’at with the name of their famous Qaaris:

03. Abu Amr Al-Basri (Basra) – The two Qaris who preserved this reading manner of the Quran are Ad-Doori and As-Soosi.

05. Asim Al-kufi (Kofah) – The two Qaris who preserved this Quran's recitation are Shuba and Hafs. Due to this reason, it is called Hafs an Asim.

06. Hamzah Al-Kufi (Kofah) – The two Qaris to preserve the Holy Quran's recitation are Khalaf and Khallad.

08. Abu Ja’far Al-Madanee (Madina) – The two Qaris who preserved this recitation method are Isa and Sulayman.

09. Yaqub Ibn Al-Basri (Basra) – The two famous Qaris to preserve this method of recitation are Ruways and Rooh.

10. Khalaf – The two Qaris, this method of recitation, is Ishaq and Idris.

In the modern world, about 95% of the Muslim population recites the Holy Quran in Hafs an Asim, 3% in Warsh an Naafi, 7% in Qaloon an-Naafi, 3% in Ad-Doori an Abu Amr, and about 1% in Ibn Aamir.

How did these ten Qira’at evolve?

“Jibreel recited the Qur’aan to me in one harf, and I recited it back to him, but I requested him to increase (the number of harf) and he continued to increase it for me, until we stopped at seven ahruf.” Ibn Shihaab az-Zuhree (d. 124 A.H.), one of the narrators of the hadeeth, said, “It has reached me that these seven ahruf are essentially one (in meaning), they do not differ about what is permitted or forbidden.” 383

Therefore, the entire Quran was recited in seven dialects as permitted by Allah in the Arabian Peninsula.

You can learn Qirat online with our skilled teachers who will train you through our online sessions and teach you everything about the ten Qirats. 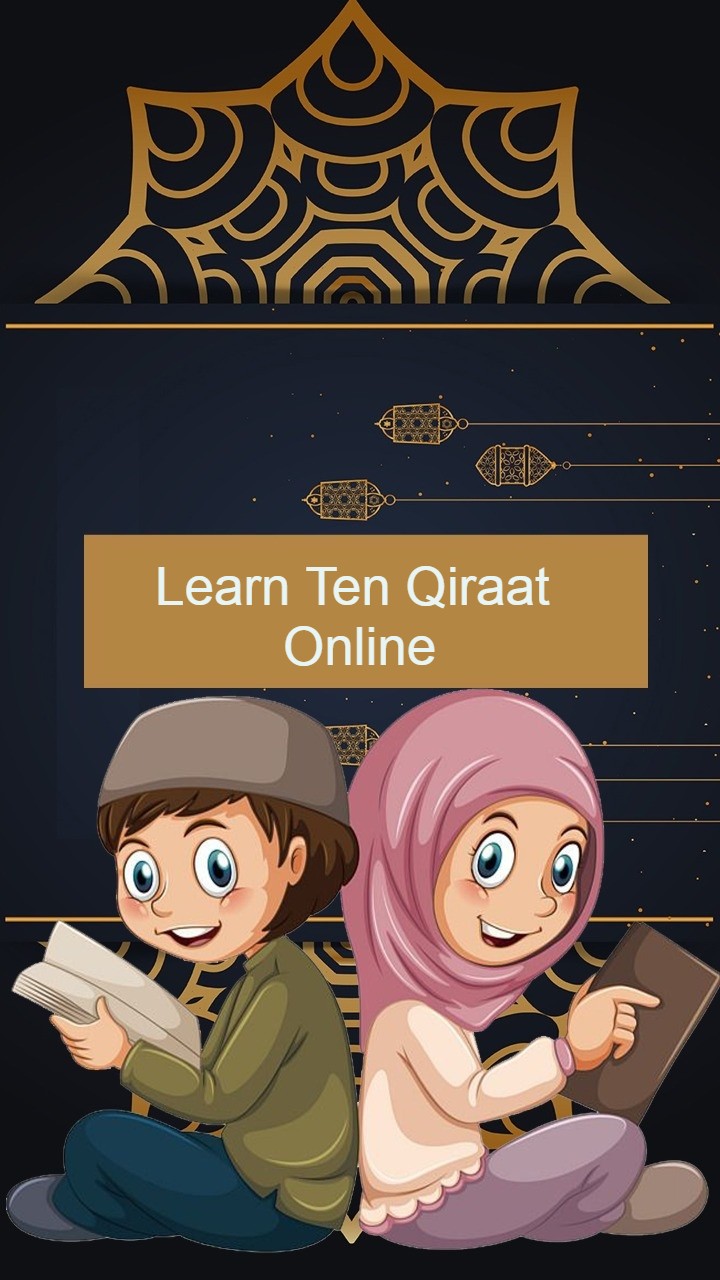 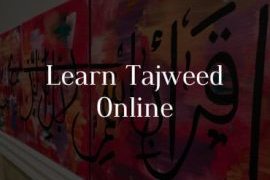 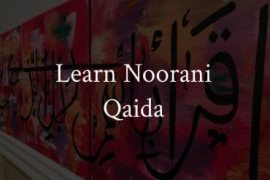 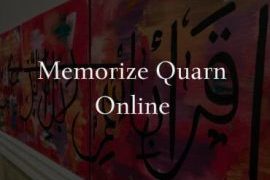 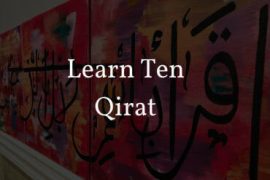