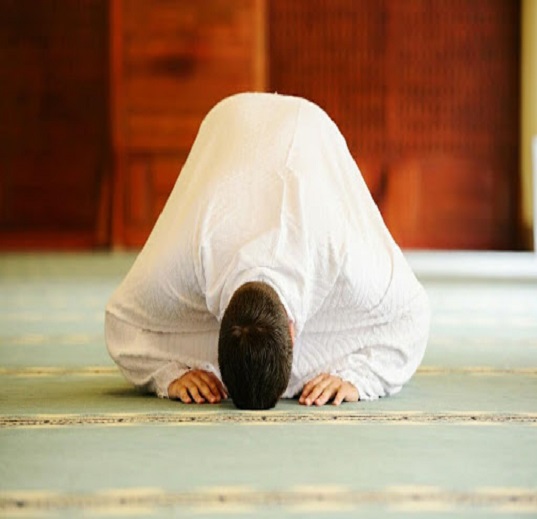 Salat : Meaning and Importance in Islam

Salat which is also spelled as Salah is the second pilar of Islam. The term Salat is also known as Namaz. These are the prayers that are performed by Muslims facing the Qibla which is Kaabah. It is obligatory for a Muslim to perform theses prayers five times a day. Muslims start their Namaz by first standing than kneeling and sitting on the ground bowing and praising Allah Almighty. There are few sets of movements or actions that we perform during Salat and it signifies worship in front of the one true God Allah Almighty, for example when we raise our hands to the ear and proclaim the Majesty of Allah Almighty and bow our heads in sujjud, this shows our faith in Allah and surrender to him among with the other actions. Salah is made of advised monotonous cycles of bows and prostrations. This is termed as Rakah. Number of Rakah in each prayer is different. In accordance to the verses of Holy Quran,

And establish prayer and give zakah and bow with those who bow (in worship and obedience)” (Surah Baqarah:43)

What is the meaning of Salat?

Salat is considered as act of offering prayer to Allah and if we go for the exact meaning of the term Salah, it means prayer or supplication. Generally it is an act of worshipping Allah that is described in the book of Allah, Holy Quran with a few rules and regulations.

Sunnah Salat are the prayers that are performed by our Holy Prophet (PBUH) as a habit. It is not obligatory prayer but offering Sunnah will earn you much rewards. Hazrat Muhmmad (PBUH) usually offer these prayers at specific times and places

It is considered as a voluntary prayer that a Muslim can offer at any time or at any place just to earn more good deeds.

There are five Salah prayers that are obligatory for Muslims to perform five times a day. Their detail is provided below,

Fajr – this Salah is performed before the rise of sun.

Zohr – this is a midday Salah.

Asr – this Salat is performed between the time period of zohr and sunset.

Maghrib – this Prayer is performed at sunset.

Isha – this Salah is performed between Maghrib and the mid of night.

Each Salat consists of different Rakats (Rakah) which is also the units of Salat.

These prayers will remind you to remember Allah Almighty throughout the day in your busy schedule. These will give you a great opportunity to get closer to Allah and seek blessings and mercy from him. It teaches us the real purpose of this world and hereafter. These prayers strengthen our faith in Allah. In Quran Allah said,

“Your ally is none but Allah and [therefore] His Messenger and those who have believed - those who establish prayer and give zakah, and they bow [in worship]” (Surah Maidah:55)

How is Salat performed?

If you're going to perform Salat, you must know about the following requirements,

You should perform wudu before Salat.

You must be wearing specific clothes that covers the areas of the body.

You must face Qibla which is Kaaba, present in the blessed city Makkah.

What are the different types of Salat?

There are many other prayers in Islam such as Namaaz-e-Jummah, Namaaz-e-Mayyit and Namaaz-e-Eid. These prayers are offered at special occasions.

There's a special importance which is given to the Friday prayer. This is also known as Namaz-e-Jummah. Quran also invokes the significance of Friday as it is considered to be a sacred day. Muslims believe that Allah has chosen Friday as day of worship. The meaning of the word Al jummah is the day of congregation. Allah said in Quran,

O you who believe! When you are called to congregational (Friday) prayer, hasten to the remembrance of God and leave off trade. That is better for you, if you but knew."

Eid prayer is performed on the morning of Eid ul Fitr and Eid ul Adha. This is given much importance in Islam as it signifies togetherness among families and other relatives. This prayer also gives an opportunity for the Muslims to greet and say Eid Mubarak to each other and make celebrations of Eid together.

Along with the five pilars of Islam, Salat is also given much importance and is compulsory for every Muslim to perform. There are numerous benefits of Salat. It keeps us away from evil acts, it gives us a chance to attain takwa (closeness of Allah), it strengthens our faith in Allah Almighty. So being a Muslim it should be our first priority to offer Salat. We must spare time for it. Allah said in Quran,

Recite what is sent of the Book by inspiration to thee, and establish Regular Prayer: for Prayer restrains from shameful and unjust deeds; and remembrance of Allah is the greatest without the doubt. And Allah knows the (deeds) that ye do.” (Surah Ankabut: 45)