Ramadan : It's blessings and Importance 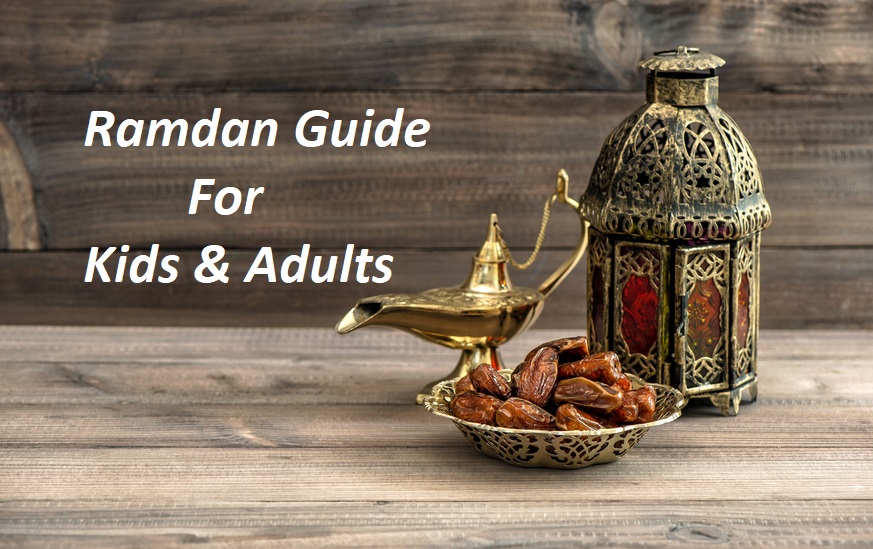 Ramadan : It's blessings and Importance

9th month of the Hijri calendar is Ramadan. It is the most auspicious and holy month considered in Islam. Muslims all over the world observe fast during the whole month of Ramadan as it is obligatory for them. During this month, Muslims wake up early for a pre dawn meal which is known as Suhur or Sehri and then break their fast at Aftar. Ramadan is also known as the month of Quran as Allah Almighty revealed Quran on Holy Prophet (PBUH) in the blessed month of Ramadan. Allah said,

The month of Ramadhan [is that] in which was revealed the Qur’an, a guidance for the people and clear proofs of guidance and criterion. So whoever sights [the new phase of the moon of] the month, let him fast it; and whoever is ill or on a journey – then an equal number of other days. Allah intends for you ease and doesn't intend for you hardship and [wants] for you to finish the amount and to glorify Allah for that [to] which He has guided you; and maybe you'll be grateful. [Quran 2:185]

In accordance to the teachings of Islam, it is believed that sawab(Reward for the good deeds) is multiplied by 7 in the blessed month of Ramadan. So this is a great opportunity for us to earn seven times more reward from our simple good deeds. Muslims also believed that when the month of Ramadan appears, doors of Heaven are opened and therefore the doors of Jahanum are closed. All the devils are chained during this month so there's lot less chances of performing wrong doings. In the Islamic teachings, there are many blessings of the last last ten days of Ramadan as Quran is befallen on Hazrat Muhmmad in these days.

Laylat ul Qadar and it's blessings

Laylat ul Qadar is one of the last ten nights of Ramadan (the odd ones). This night is also referred as "The Night of Power". This is considered the most holy night in Islam as the few first verses of Holy Quran are revealed in this night. It falls randomly in the last 10 odd nights of Ramadan but most of the Muslims believe that it's on 27th of Ramadan. This night is better than 1000 months so Muslims those who worship and offer prayers during this night will get reward more than the reward of worshipping in 1000 months. Allah said about this night in Quran,

We have indeed revealed this within the 'Night of Power'. And what is going to inform you what the night of power is? The Night of Power is best than thousand months. Therein come down The Angels and therefore the Spirit by Allah's permission, on every errand. "Peace!...This until the rise of Moon!"

Few Acts you must perform during Ramadan

Fasting is taken into account to be one among the five Pilars of Islam. It is obligatory for Muslims to fast the whole month of Ramadan. Fasting is a good deed and its also good for health. Fasting has countless health benefits.It improves your blood cell regeneration, heart functioning etc. Fasting also teaches us self discipline and self control. It helps us to get full command on our selves. In order to observe fast Muslims get up early for Suhur which is a predawn meal before Fajr. They will break their fast at Aftar. Mosques do big arrangements for Aftar during Ramadan so that it will be easy for poor and needy people to keep their fast. It's is prohibited to drink, eat or any sinful activity during fast. Allah Almighty said,

“All the deeds of the son of Adam are for him, except fasting, which is on behalf of me and that i shall reward for it.

We should do recitation of Holy Quran as our every good deed will reward us much more in Ramadan. If we read a letter of Holy Quran we will be rewarded and that reward will be multiplied by ten, I am not saying that Alif, Laam, Meem is collectively a letter, rather i'm saying that Alif may be a letter, Laam is additionally a letter and Meem is another letter so if one letter is adequate to ten good deeds than simply imagine what percentage good deeds you'll get by reading the Book of Allah. Those who don’t know how to read Quran , should learn it and start reciting and those who know how to read it just recite as much as you can in order to gain rewards excessively.

Do a lot of Sadqa as this is the most blessed month of Islamic calendar, don’t waste your time and help the needy people around you. Give the maximum amount charity as you'll in order that you'll be rewarded more from the straightforward good deeds. We should maximize our Sadqa during the last ten nights of Ramadan so that Allah will reward us much. Saying of our Prophet Muhammad (PBUH),

“The believer’s shade on the Day of Judgement are going to be his charity".

We should ask for forgiveness as often as possible during this month, It can even erase all our sins with a single action. Allah is so merciful that if you seek forgiveness truly, he can forgive you anytime but in Ramadan the chances of forgiveness will be multiplied InsahaAllah.