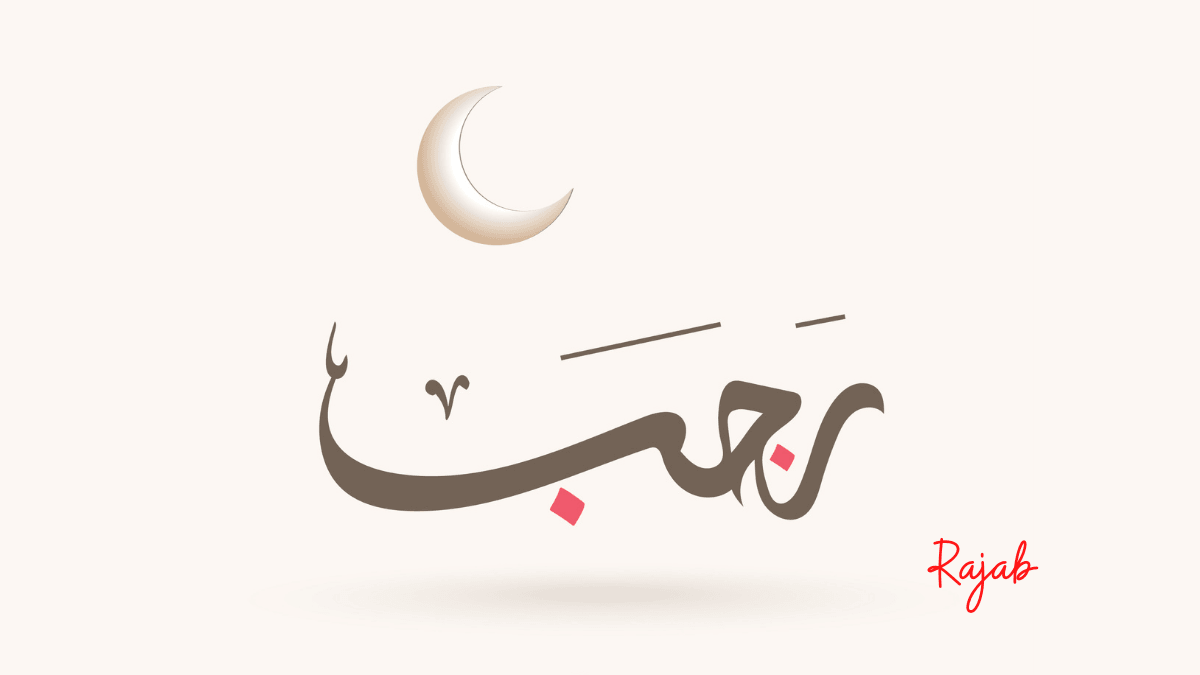 Seventh month of Hijri calendar is Rajab. This is a part of the four sacred months. The beautiful Arabic verb Rajaba means to respect, that could also mean be in fear. Rajab is the derivative of this. Any kind of warfare or bloody activities are forbidden during this month as it's a sacred month.There are four sacred months chosen by Allah Almighty,Rajab, Dhul-Qa’dah, Dhul-Hijjah and Muharram. These are the most blessed months after Ramadan. Blessings of Allah Almighty upon us are massively enhanced. In Quran, Allah said about these months,

Indeed, the number of months with Allah is twelve [lunar] months in the register of Allah [from] the day He created the heavens and the earth; of these, four are sacred. That is the correct religion, so do not wrong yourselves during them…” (9:36)

“O Allah! Bless the months of Rajab and Shaban for us and grant us the grace to reach the month of Ramadan (i.e. extend our life till Ramadan).”

History behind this sacred month

Incidents of this month mark it's importance in Islamic history. Here we will discuss about the few major incidents happened in this blessed month of Allah.

Isra and Miraj are the two parts of the journey in which Allah took his Prophet Muhmmad from the city Makkah to Masjid Al Aqsa. During this spiritual journey Allah met our Holy Prophet in private and this is one of the biggest miracle that are revealed to Muslims by Holy Prophet Muhammad (PBUH). From this beautiful voyage Allah gave three gifts to the Ummah of Muhmmad.

Second, the last two Ayat of Surrah Bakara. Our Holy Prophet said about these two Ayats,

‘Whoever recites the last two verses of Surah Baqarah in the night, it will suffice him’. [Bukhari]

Third, It's a special gift to the believers of him. Allah said,

Whoever dies believing in Allah and not associating anything with Him, will enter Paradise. [Nasa’i]

This battle was the last warfare in which Hazrat Muhmmad (PBUH) take part. This happened in the month of Rajab specifically on 9 AH. This battle is also known as the Expedition of Usra. Hazrat Muhmmad took a force of 30,000 Muslims soldiers towards north to Tabuk. Hazrat Ali didn't take part in this expedition as he was given another task from Muhammad. Muhammad spent 20 days at Tabuk, looking out the area, making associations with local chiefs. As there was no sign of Byzantine's army, Hazrat Muhmmad returned to Madina without any battle.

The Islamic Caliphate Ended this month

The Islamic Caliphate came to an end this month on 28th Rajab. Abdul Majid II, (Last Muslim Caliphate) left and flew away. This was a day of great humiliation for the Muslims Ummah and their dignity was damaged through this act. Muslims have not gained their power till now because of this shameful act of him.

Things to do in Rajab

We usually hear that fasting in the blessed month Ramadan has a much greater reward but in Rajab which is the month for the preparation of Ramadan, fasting will also reward you much. Fasting is a good deed and its also good for health.Fasting has countless health benefits.It improves your blood cell regeneration, heart functioning etc.Almighty Allah says,

“All the deeds of the son of Adam are for him, except fasting, which is for Me and I shall reward for it.”’

‘Charity does not in any way decrease wealth…’ (Sahih Muslim).

So we should do a lot of charity without any hesitation as it will be rewarded much especially in this sacred month.We should help the poor people around us.Give charity to the genuine deserving people not the professional beggars.

Do a lot of Sadqa as this is a sacred month or the month of Allah, don’t waste your time and help the needy people around you. Give as much charity as you can so that you may be rewarded more from the simple good deeds. Our Prophet Muhammad (PBUH),

“The believer’s shade on the Day of Judgement will be his charity.”

We must beseech Astaghfar in this sacred month as our Holy Prophet said,

"Rajab is the month of seeking forgiveness so seek forgiveness from Allah (SWT) He is verily the forgiver the merciful."

It's our duty to do Astaghfar for our wrong doings so that Allah may forgive us, no doubt he is the most Merciful and the most Beneficiant.

Why it is called Rajab al Asabb?

This means the pouring Rajab. This month is called Rajab al Asabb because Allah Almighty poure his blessings and favours upon us in this blessed month.

No doubt, most of the Muslims increase their good deeds and prayers during the spiritual month Ramadan as we all hope to receive much more rewards from Allah Almighty. Rajab is a sacred month so we also have an opportunity to gain heaps of rewards from our simple good deeds in this month. We should remember that our deeds weigh heavier in sacred month so we shouldn't miss this great opportunity and perform all the kind acts and things narrated above.