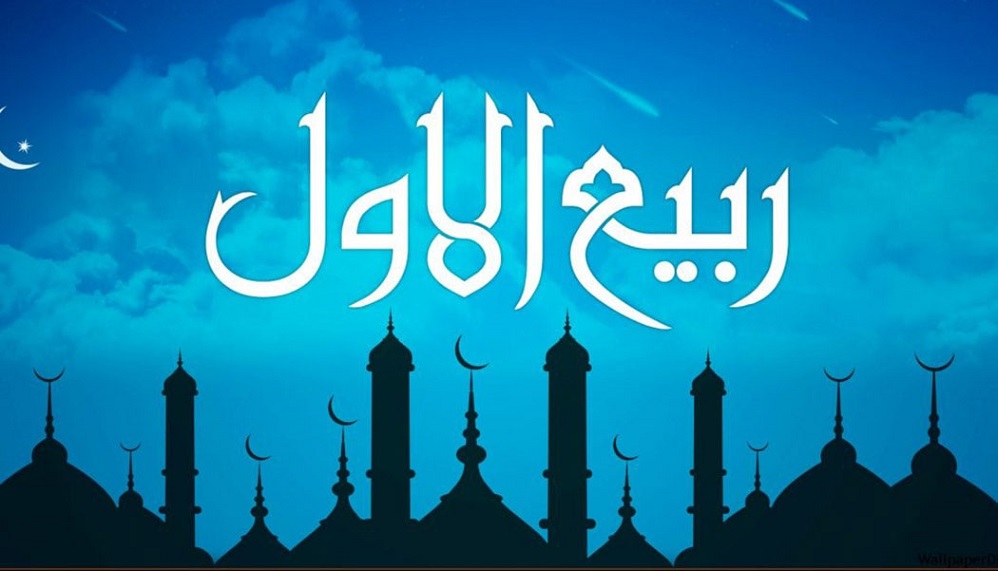 Rabi ul Awal: The month of blessings and greatness

The third month of the Islamic calendar is Rabi ul Awal. It is a month of blessings and beneficiance. The word Rabi describes the season spring because when it was being named, the season was spring. Al awal means first. So the meaning of Rabi ul Awal is the first spring.This month is celebrated as our Holy Prophet Muhammad (PBUH) was born on the twelfth of this month. Many Muslims all over the world praise this day as Eid Milad un Nabi in the belovence of Prophet Muhammad (PBUH). A few Muslims donot celebrate this day as Hazrat Muhammad (PBUH) himself didn't celebrate birthday. Also there is no obligation from Islam to celebrate this occasion. Nothing is imposed on Muslims (to praise this day) from Hadith's or from the verses of Quran.This is one of the most momentously month of Islamic history.

Rabi ul Awal is rich in its history and many incidents happened in this beautiful and divine month.

It is the month of Rabi ul Awal when our Prophet was born (around 570 AD in Mecca). Allah said in his Holy book Quran about the birth of our Holy Prophet Muhammad,

وَمَا أَرْسَلْنَاكَ إِلَّا رَحْمَةً لِّلْعَالَمِينَ
“And We have sent you not but as a mercy for the ‘Alameen” (Mankind, Jinn and all that exists).

This incident hike the greatness and blessings of this month as Allah sent his most beloved and last Prophet in this world. Hazrat Ibrahim (AS) and his son Hazrat Ismail (AS) also prayed to Allah of sending a Prophet for the guidance of Muslims. Their dua is mentioned in Quran,


Our Lord, send among them a messenger from themselves who will recite to them Your verses and teach them the Book and wisdom and purify them. Indeed, You are the Exalted in Might, the Wise’. (Qur’an, 2:129)

Miracles also happened during the birth of Hazrat Muhammad and they were seen by his foster mother Halimah. When the mother of Hazrat Muhmmad, Hazrat Aminah was pregnant, she was conscious of light inside her.

Marriage of our Prophet Muhammad (PBUH)

Hazrat Muhammad (PBUH) passed away on 12th of Rabi ul Awal on Monday. It was a big shock for Muslims and they just couldn't believe that their beloved Prophet had died. Few days before he visited the mosque and smiled at the Muslims praying there. Friends of Holy Prophet and his close relatives knew that he will soon go back to Allah. Many people refused to admit that he was no more with them, Although Hazrat Abu Bakr reminded the people there that he was a human Prophet and everyone has to die one day. He said there,

This month also reminds the death of Hazrat Ibrahim (RA), son of Hazrat Muhmmad and his wife Hazrat Sayyida Maaria (RA). This incident was a great tragedy for Hazrat Muhmmad as he was the only son of our Prophet.

Hazrat Muhammad's most hearthrob uncle Abu Talib also passed away in this month.

The First Mosque in Islam, Quba was also built during this month in Madina. According to the customs and traditions of Islam it is said that if you offer two Nawafil in this Mosque especially in Rabi ul Awal, you'll get a reward equivalent to the reward of one Ummrah.

Hazrat Abu Bakr (RA) was also appointment as the caliph in the month of Rabi ul Awal and his daughter Hazrat Asma (RA) was also born in this month.

During the blissful month of Rabi ul Awal, we must manifest our love for the Holy Prophet not by celebrating like we celebrate the birthdays but by acting upon the teachings of our Prophet. This occasion provide us much opportunities to get closer to the teachings of Hazrat Muhammad and to perform good deeds. Although, unlike the other islamic months like Dhul hajj and Muharram, there are no special recommendations like to observe fast or do prayers but we should carry out greatful acts as it's a precious month. As a parent, we should tell our children about the Islamic months and their blessings, stories and incidents of Islamic history on 12th of Rabi ul Awal.