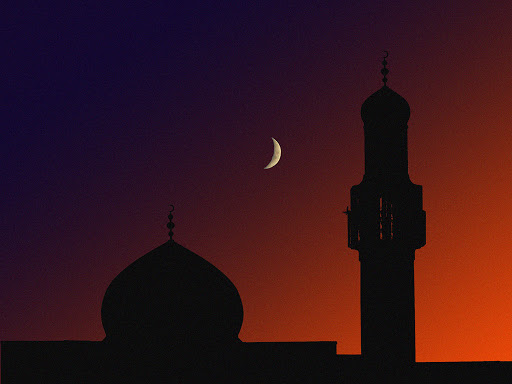 Among the twelve blessed Islamic months, Jammad ul Awal is the fifth one. The word Jammad means dry, arid or rainless so we can say that wilted and shrivelled land mark it as a dry month. There's another name which has been given to it 'Jammad ul Ula' which signifies commandment or commitment. Deaths of many well-known personalities happend in this month along with an important warfare.

Incidents that occurred in Jammad ul Awwal are illuminated here,

On 10th Jamadi ul Awwal, Hazrat Fatima (RA), beloved daughter of our Holy Prophet Muhammad (PBUH) and the wife of Hazrat Ali (RA) died and was also buried by Hazrat Ali in this month. She died due to sickness. Sufi scholar Muzaffar Ozak who was writing on her death said,

After the death of Hazrat Muhmmad, she couldn't control herself. She refused to eat, drink, joy or laughter. She aslo built an apartment for herself where she stayed after the death of Holy Prophet Muhammad (PBUH) and grieved in silence.

Hazrat Jaffar (RA) died in the battle happened between Muslims and Byzantines at Mu’tah. It was fought in the month of Jammad ul Awwal. After the martyrdom of Hazrat Zaid (RA) who was the incharge of Muslim Army, He took the charge and fought bravely. He killed countless soldiers of enemy. On that occasion, his famous words were, “how magnificent is paradise as it draw near! How beautiful and cool is its drink! Byzantines's punishment is not distant!”. He lost both of his arms during the battle but didn't give up and finally he martyred.

One of them said: we had seen a lot of wounds on the body of Hazrat Jaffar precisely ninety.

Another one said: I saw him fighting when one of his arm was cut off.

Another said: I saw him when he fall on the ground with his left arm cut and was bleeding.

He was fighting even when he was wounded almost ninety times and one of his arm is cut off. This shows his immense faith in Allah Almighty. He fought till his last breath. For his bravery, our Holy Prophet Hazrat Muhammad (PBUH) said,

" Jibreel has told me that Allah has granted Jaffar two wings to fly within the paradise".

It happened on 1 Jammad ul Awwal in the city named Moota. This is reason why it is called as Moota battle. In this war, Muslims decided to attack on the feast day but Byzantines were well aware of their strategy so they collected the barracks of the fortress. They were greater in number from the Muslim army. After the death of three Muslim leaders including Hazrat zaid and Hazrat Jaffar (RA), Hazrat Khalid bin Waleed took the command of the Muslim army and successfully saved his force from the enemy. After three years, Muslims returned and defeated them in the Expedition of Usama bin Zayd.

On 22nd of Jammad ul Awal, a war named battle of camel fought between Hazrat Ali ( the cousin and son in law of our Holy Prophet Hazrat Muhammad) and Hazrat Ayesha (widow of Hazrat Muhmmad). This battle is also known as battle of Jamel or battle of Basra. Talhah and Zubayr led the campaign targeting to revenge for the killing of Hazrat Usman (third caliph). The battle ended with the victory of Hazrat Ali.

Hazrat Zainab was the third child of Hazrat Iman Hussain and she was born on 13 Jammad ul Awwal. She faced a lot of hardships in her life and the most disastrous one was when she lost her beloved father Hazrat Imam Hussain (RA). It was so much painful for her. She was burried in Egypt and her tomb is visited by many.

Hazrat Zain ul Abideen was alos born in Jammad ul Awwal. He was very much devoted and divine. During the blessed nights of Ramadan, he used to pray the whole night. He survived the battlefield of Karbala and later took the surviving women and children to Kufa. He was poisoned and died. After his death people came to know that it was him who secretly distribute food among the poor at night covering his face. From this act of him we can admire that how generous he was.

Jammad ul Awwal is the part of the twelve blessed Islamic months. We should perform heaps of good deeds likewise we do in other Islamic months. There are no special acts suggested for this month but being a Muslim we should do what our Holy Prophet Muhmmad (PBUH) taught us. Jammad ul Awwal is also a blissful and blessed Islamic month so we should beseech Astaghfar for our wrong doings and offer much prayers so that we can be successful both in this world and afterwards.