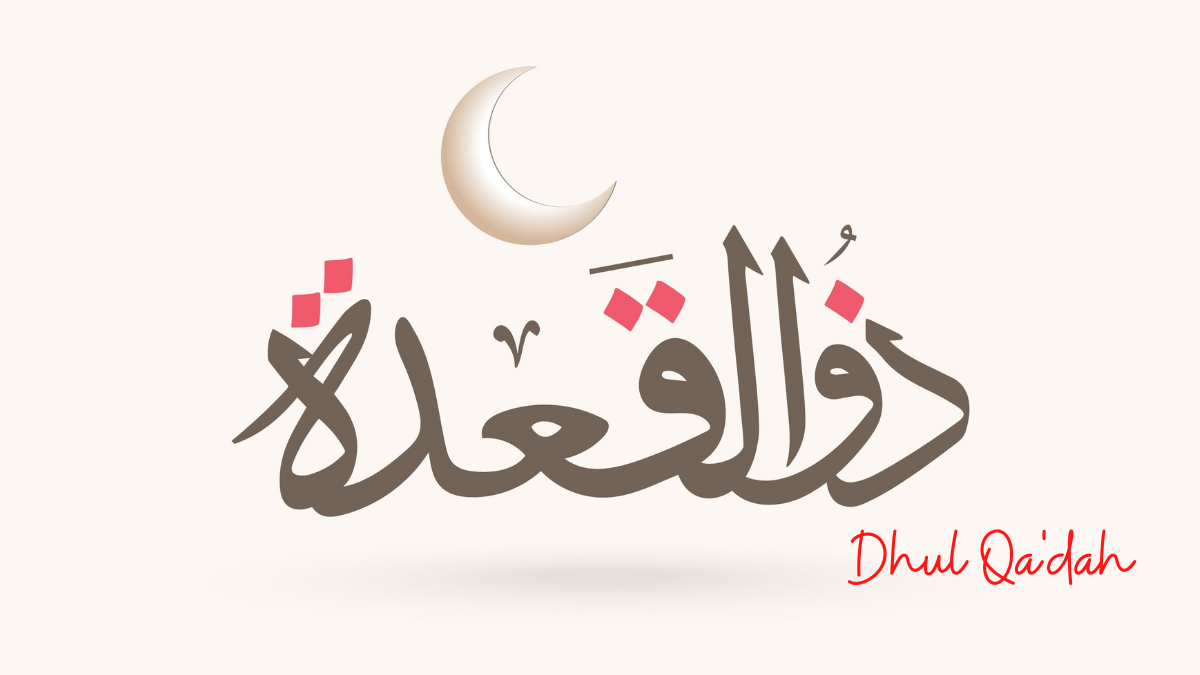 Dhul Qaddah is the eleventh month of Hijri calendar. It is considered to be a Holy month as it's a part of four sacred months chosen by Allah Almighty. The word Dhul Qaddah generally defines as "possessor or owner of the sitting and seating place". Allah said in his book Quran about the sacred months,

Indeed, the number of months with Allah is twelve [lunar] months in the register of Allah [from] the day He created the heavens and the earth; of these, four are sacred. That is the correct religion, so do not wrong yourselves during them…’ [Qur’an, 9:36]

We have to respect all the sacred months because they are chosen by Allah himself. Fighting is prohibited in all of them and in Dhul Qaddah, it is prohibited because the pilgrims travel to perform Hajj during this month so that they could travel without any fear of war.

Ibn Abbas (ra) said, ‘In all (twelve) months, Allah then chose four out of these months and made them sacred, emphasising their sanctity, making sinning in them greater, in addition to multiplying the rewards of righteous deeds during them’. [Tafseer Ibn Katheer]

Birth of Hazrat Ibrahim (AS)

On 25th of Dhul Qaddah, our beloved Prophet Hazrat Ibrahim (AS) was born in Iraq. He has a most in depth personality and character described in Quran. He played a significant role as an example of faith in Christianity, Judaism and Islam. It is believed that Ibrahim successfully passed all the tests given by Allah to him and have a stalwart faith in Allah Almighty. It is said that Allah promised Ibrahim to be the leader of the whole world one day. Muslims also celebrate a Holy event Eid ul Adha in rememberance of Ibrahim's (AS) sacrifice. The first house of Allah, Kabba was built in Makkah by Hazrat Ibrahim (AS) and his son Ismail (AS).

Birth of Hazrat Esa (AS)

Hazrat Esa (AS) was also born on 25th of Dhul Qaddah. He was also called Jesus. He was consigned to teach the Children of Isreal. Allah revealed his book Injeel upon him. He was the son of Hazrat Maryam (AS).

On 8th of Dhul Hajj, Allah made Hajj mandatory for Muslims atleast once in his life. Meaning of the word Hajj is "to attend a journey". Hajj is a crusade made to Kabba (House of Allah) which is present in the Holy city of Makkah. It signifies the submission and devotion of Muslims to Allah. It is a part of five Pilars of Islam.

The main features of the sacred months are,

They are selected by Allah Almighty himself.

Any type of warfare or bloody activities are strictly forbidden in these months.

Our good or bad deeds, both weigh heavier in sacred months.

We should do recitation of Holy Quran as our every good deed will weigh heavier in sacred months. If we read a letter of Holy Quran we will be rewarded and that reward will be multiplied by ten, I am not saying that Alif, Laam, Meem is collectively a letter, rather i'm saying that Alif may be a letter, Laam is additionally a letter and Meem is another letter so if one letter is adequate to ten good deeds than simply imagine what percentage good deeds you'll get by reading the Book of Allah. Those who don’t know how to read Quran , should learn it and start reciting and those who know how to read it just recite as much as you can in order to gain rewards excessively.

2. Give Sadqa or Charity as much as you can

Do a lot of Sadqa as this is one of the blessed months of Islamic calendar, don’t waste your time and help the needy people around you. Give the maximum amount of charity as you can in order to get more rewards from the straightforward good deeds. Our Holy Prophet said,

Try not to harm anyone, this is a month of peace so we should try our level best not to hurt someone. We should make Dhul Qaddah as a month of healing your damaged relationships. Also this is a sacred month and your wrong doings also weigh heavier so don't try to harm someone in any way. You must keep yourself away from negativity and spread peace.

We should ask for forgiveness as often as possible during this month, It may even erase all our sins with a single action. Allah is so merciful that if you seek forgiveness truly, he can forgive you anytime but in sacred months which are so blessed, the chances of forgiveness will be multiplied InsahaAllah. The Prophet (saw) said,

‘Blessed is he who finds many prayers for forgiveness in his record’. [Ibn Majah]

It is a voluntary two Rakkah prayer after the sunrise. Our Holy Prophet narrated the importance of this prayer in this Hadith,

Whoever prays Fajr in congregation, then sits remembering Allah until the sun has risen, then he prays two rak’ah, then for him is the reward like that of a Hajj and Umrah’ [Tirmidhi].

From this Hadith, we can acknowledge the significance of these two Rakkah. We can be rewarded like that of Hajj and Umrah so we should keep this in our mind and try to offer this prayer in the blissful month of Dhul Qaddah.