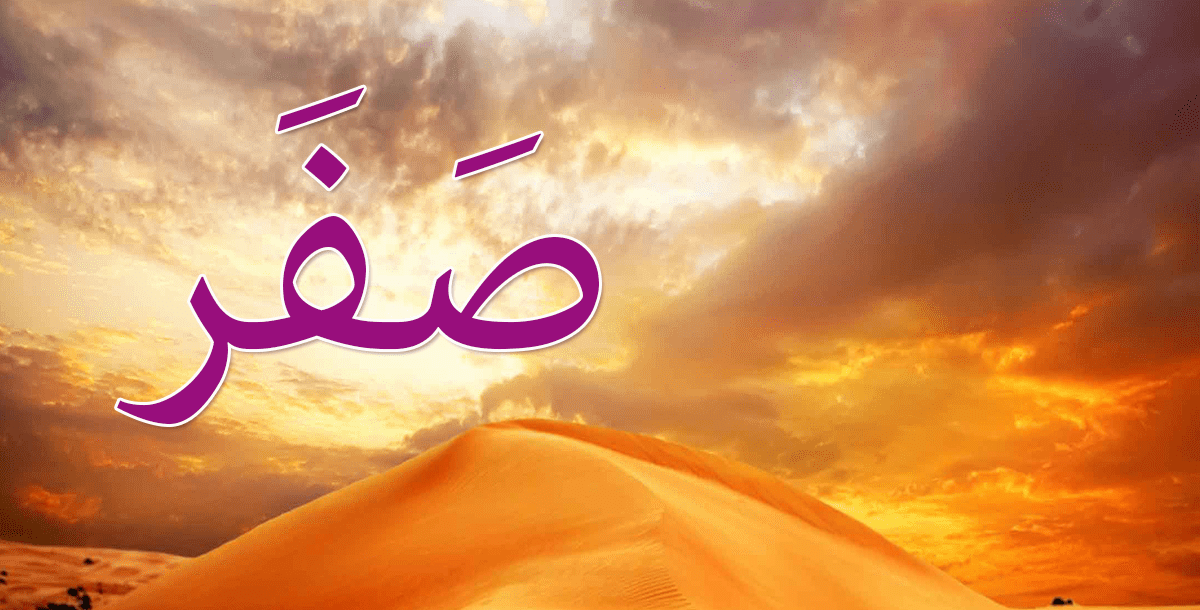 Safar: How to avoid calamities of this month

Safar comes after the month of Muharram (First month of Islamic calendar) and is known as the month of calamities.The meaning of word Safar is void or vacate which resemble the time before Islam when people are out of their houses in search of food. Another meaning of this word is whistle or whistling of the wind which shows the weather condition in this month. According to our Holy Prophet Muhammad (PBUH),

"There is no Prophet from Adam(As) to me who has not been disturbed in this month(Safar)".[Sahih Bukhari]

Hazrat Adam(AS) was expelled from paradise in this month because there was a tree in the paradise which fruit was forbidden by Allah Almighty and he disobeyed. So as a punishment, he was dislodged from the Jannah.

Hazrat Ibrahim (AS) was thrown into the deadly fire by the temple priests and the king of Babylon, Nimrod. His hands and feets were bounded by heavy chains and he was thrown by a slingshot. The reason behind this severe punishment was that Ibrahim (AS) broke all the fake God statues present in the temple.

First murder on earth happened in the month of Safar. Son of Adam, Qabeel killed his own brother Habeel.

Hazrat Ayub was affected by a skin disease in this month. Allah tested him by this painful disease and he remained committed and showed patience. Soon he was recovered from it.

Hazrat Yousuf was betrayed by his brothers and was put in the well in this month of tragedy. Although Allah saved him from the vengeance of his brothers.

Hazrat Yonus was imprisoned in the belly of a fish during this month of crisis.

In short, to every prophet there's a lot of trouble happened to them in this month of catastrophe.

Before Islam, in the Arab society there were a lot of crimes and wickedness especially against the women. In Islam all these evil acts are prohibited and peace and love is promoted. Hazrat Muhammad tried to convince the people of Qurysh to Worship the true God Allah and stop their cruelty and immorality but most of the people turned against him. They began to create difficulty in the path of Hazrat Muhammad (PBUH).

Most of the people are unaware, they affirm that battle of Badr was the first war led by our Holy Prophet Muhammad (PBUH). Although it's the battle of Al Abwa also known as Waddan. It was done in the month of Safar after the migration of Holy Prophet to Madina. In this campaign Prophet Muhammad (PBUH) took 70 men along with him to seize the convoy of quresh but no fighting occurred. Prophet successful signed the contract of peace with the leader of Bani Dumrah (A tribe located in Waddan).

Solutions to avoid disasters of this month

It is narrated from our Holy Prophet Muhammad (PBUH) that Sadqa keep away all the evils. So do alot of charity during this month especially help the genuine deserving people of the society. Also give Sadqa on the name of your near and dear ones so that they will also be saved from the mishaps of this month.

According to the teachings of our Holy Prophet Muhammad (PBUH) one who want to be rescued from all the misfortunes of this month must perform Nawafil especially on the first night Safar.

Do plenty of Dhikr as it will keep you away from the calamities of this month. Making a habit if Dhikr daily especially in safar will feel you more connected with Allah and you'll also sense more protection of Allah towards yourself. Dhikr will not only keep away the negative acts from you but will also develop peace inside you.

Unfortunately, there are many mistaken believes about the Holy month Safar. Some people still believe that it's an unpropitious month but obviously it's not. Allah has not created any of the twelve month unpropitious.

Nikkah is prohibited in the month of Safar:

People believe that wedding is not allowed in this month or if we begin any good thing in this month it will be cursed by the evil spirits and they will face heavy loss. Therefore, they think that they should conduct these ceremonies in other islamic months but these things are totally self made and baseless. They cannot be verified by any Hadith or any verse of Quran. Holy Prophet Muhammad (PBUH) said,

"There is no superstitious owl, bird, no star promising rain, no bad omen in the month of Safar".[Sahih Bukhari]

Starting Days of Safar are problematic:

It's another misconception that during the staring days of Safar evil spirits decend on children and brides and thus we should not take any good step in Safar but it's just a mistaken believe and there's no such evidence of Hadith.

All the Islamic months are blessed and no month is inauspicious so we must not follow any of the misconception and just act upon the teachings of our Holy Prophet Muhammad (PBUH) and live our lives in the manner, Allah wanted us to live.