Muharram - The month of peace 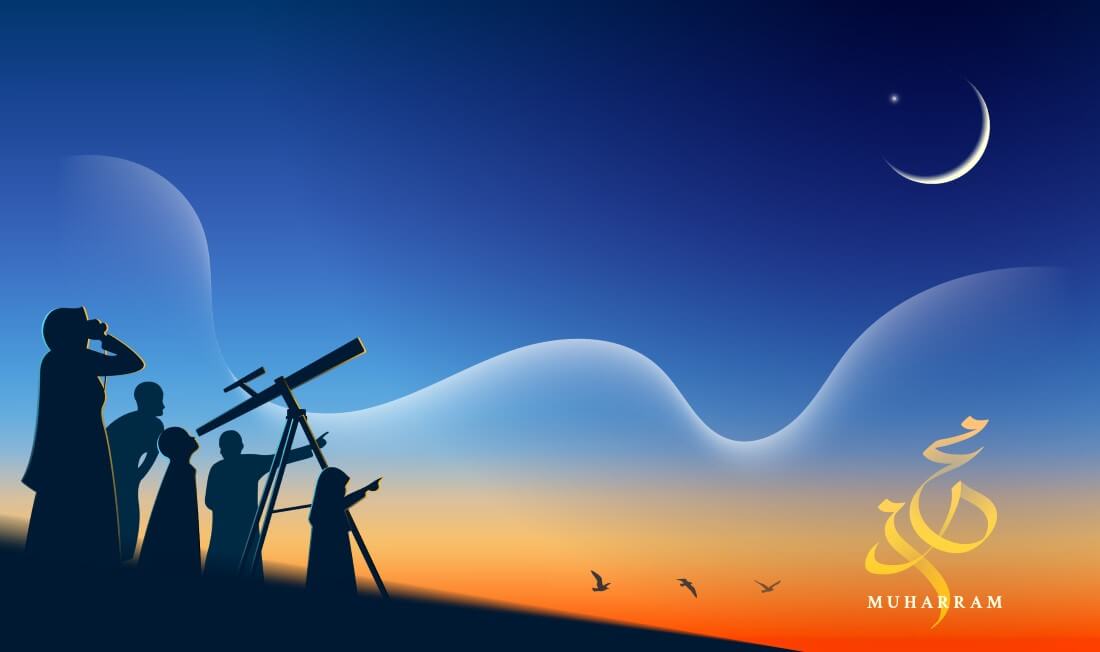 Muharram: How to erase all your sins in this sacred month?

Al Muharram is the Beginning month of the lunar Islamic calendar and is also included in the four sacred months.It is the second holiest month as the after Ramadan. The word Muharram means forbidden and as its a Holy month so Muslims usually seek forgiveness and do much prayers in this sacred month. Its a tradition to observe fast in the month of Muharram especially on the tenth day which is known as Day of Ashura. Muharram also symbolize the anniversary of battle of Karbala in which the grandson of Prophet Muhammad(PBUH) i.e Hazrat Imam Hussain was killed. Our Holy Prophet Muhammad(PBUH) said,

“fasting on the day of Ashura will kill away all the sins of the previous year”.

History of Ashura(Tenth Day of Muharram)

On the Day of Ashura (tenth of Muharram), Allah saved Mosa and His People from the curse of Pharoah. All incident is briefly described in our Holy book Quran. Pharoah was such a cruel and brutal ruler that he even killed all the new born sons. He called himself as God. Mosa(AS) stood against the curruption and violence of Pharoah and tried his best to convince him about the oneness of Allah Almighty but he refused to accept it. So he decided to kill Mosa with his massive army and chased Mosa and Bani Israel. On the day of Ashura while he was trailing Musa and Bani Israel, Hazrat Musa summoned to Allah this Dua:

Allah split up the Red sea and made a path between the water so that Mosa and his people could cross it easily and when Pharoah and his enemy was passing through it Allah submerged them and saved Mosa and Bani Israel.

Another Incident happened on the Day of Ashura, Grandson of our Holy Prophet (PBUH), Iman Hussain was killed along with his family in the battlefield of Karbala 680 AD. Muslims mourn on this day and show respect to the bravery of Hussain Ibn Ali and his family.

What are the four sacred months?

There are four sacred months chosen by Allah Almighty,Rajab, Dhul-Qa’dah, Dhul-Hijjah and Muharram.In History, one of the major reasons of Dhul-Qa’dah, Dhul-Hijjah and Muharram being sacred was that pilgrims would be granted to do hajj without any fear of war.So it is forbidden to fight in Dhul Qadah When Muslims were traveling to perform Hajj,Dhul Hajj when they were doing Hajj and Also in Muharram when the Muslims are returning after performing Hajj.

5 important things you must do in Muharram

Ibn ’Abbas (may Allah be pleased with them both) said: “The Prophet (saw) came to Madinah and saw the Jews fasting on the day of ’Ashura. He said, ‘What is this?’ They said, ‘This is a righteous day when Musa fasted because Allah saved the children of israel from attackers.’ He said, ‘We have more right to Musa than you,‘” so he fasted on that day and commanded [the Muslims] to fast on that day’. (Bukhari)

The reward of fasting is extensively increased in these spiritual days, Allah Almighty says,

“All the deeds of the son of Adam are for him, except fasting, which is for Me and I shall reward for it.”’

One should ask for forgiveness as often as possible during this month, or even erase all your sins with a single action. Allah is so merciful that if you seek forgiveness truly, he can forgive you anytime but in the sacred months the chances of forgiveness will be multiplied In sha Allah.

Make lots of dhikr in these blessed days and seek forgiveness for all our wrong doings. In the blessed month of Muharram our deeds carry more weight, just as they carry more weight in the Kabah and its surroundings.You can recite tasbeeh and remember Allah much.

So we should do a lot of charity without any hesitation as it will be rewarded much especially in this sacred month. We should help the poor people around us. Give charity to the genuine deserving people not the professional beggars.

Reading Quran, especially in this sacred month is very much valuable so we should read it as much as we can. If we read a letter of Holy Quran we will be rewarded and that reward will be multiplied by ten, I am not saying that Alif, Laam, Meem is collectively a letter, rather I am saying that Alif is letter, Laam is a letter and Meem is a letter so if one letter is equal to ten good deeds than just imagine how much good deed you will get by reading the Book of Allah.Those who don’t know how to read Quran , should learn it and start reciting and those who know how to read it just recite as much as you can in order to gain rewards excessively.

Many of us know the importance of Ramadan but unfortunately we lack the knowledge of the sacred months in Islam. These months are chosen by Allah himself. We have immense opportunities to seek forgiveness and earn much rewards just by our simple good deeds in these months.As mentioned before,

Thus, there is an opportunity to gain more reward every day; but also the danger of gaining more sins with our bad deeds.So we have to be more careful about our acts in relationships with other people, in our jobs and in our worships, in our time management or even how we take care of ourselves and our health. So in order to get full advantages of Muharram we must to do all the things and good acts described above.